I dedicate this  “I Believe in Love” series to my grandparents.

Theirs was the greatest love I’ve ever witnessed this side of heaven. 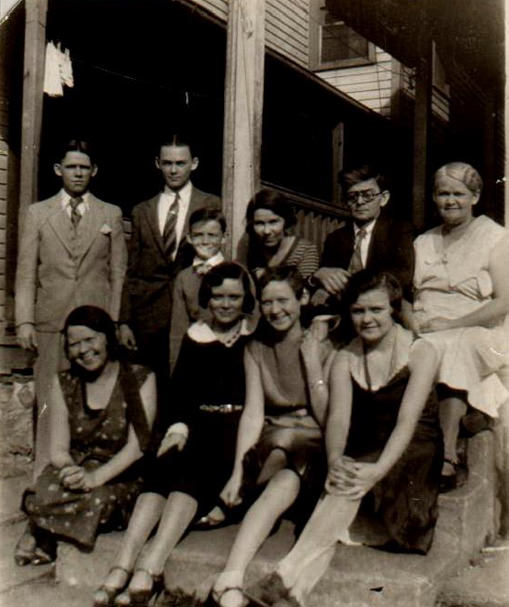 On an unusually warm day in November 1931, Veronica gathered all eight of her children together on their front stoop, beneath the drying laundry of their neighbor’s line, to pose for a family photo. Seated beside her was her husband of 25 years, Timothy. Beneath her sat her youngest daughter, Irene, who also bore her greatest resemblance and affectionately went by the name of Renee. Renee was named after a cousin who was the first to request the honor. She was always grateful that Agnes was late to the game with her own request.  Later that same evening, Veronica was walking Irene home from a party when suddenly she stopped, clutched her chest, and urged Renee to run to get her older sister, Mary.  Veronica died suddenly of a massive heart attack that very night, at the age of 45.

In the 30s viewings were held in the family home, and for several days at a time. One of the mourners coming to pay his respects was a handsome boy of German descent named Henry. He accompanied his brother, Johnny, who was dating Renee’s sister, Ronnie. It was the first time thirteen-year-old Renee and 17-year-old Henry would lay eyes on each other. I’ve always said her mother asked the Lord to send him to take care of Renee in her absence, and take care of her, he did.

They wouldn’t see each other again until that Christmas Eve. Henry and Johnny had come to pick up Ronnie and some of the older siblings for midnight Mass, but Renee was too young to join them. Johnny, knowing of Henry’s affections for Renee since that fated November day, spotted her under the mistletoe. Pushing Henry under the storied twig, he said, “Now’s your chance!” The newspaper headline for their 50th anniversary actually read “A Stolen Kiss, 50 years of Bliss!” They were blessed with nearly twenty more years before he was called Home.

Three years later, to the day, when Renee was just the tender age of 16, Henry popped the question on Christmas Eve. Although they were very young, Renee’s Dad was so impressed with Henry that he took him out for a quart of beer to celebrate the occasion. (This contrasted greatly from her father’s reaction of throwing his dinner plate across the room when her sister, Kitty, sat down to table with a wedding ring, failing to mention she’d eloped that day several states away.)

Six and a half months later, just twelve days past her seventeenth birthday, Renee and Henry were married on a Wednesday morning, in a double wedding ceremony, with her sister Ronnie and his brother Johnny. The two couples wed on the anniversary of Henry and Johnny’s parents’, Edward and Anna, which was also a double ceremony and which was also the anniversary of Edward’s parents’ nuptials. Renee was married in a powdered blue suit, no fanfare and no honeymoon on a weekday morning. Isn’t it interesting that marriages today take forever to plan and fall apart in no time, whereas they were married in no time and it lasted forever? 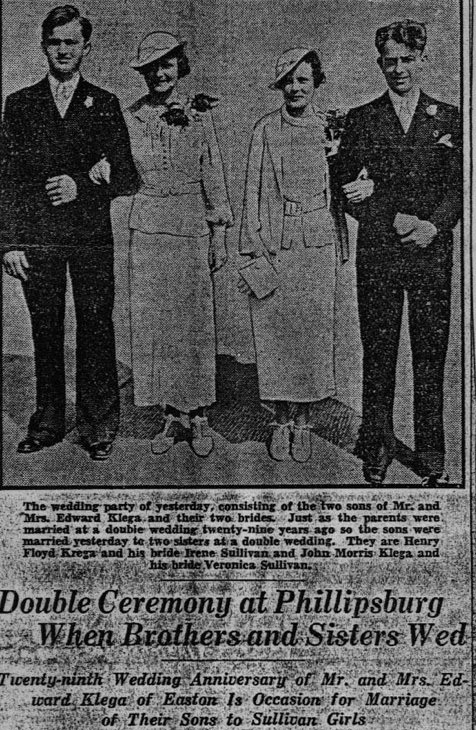 They went housekeeping, as they called it, all four of them, in a tiny apartment just a few doors down from the family home she and Ronnie had just left.  Eventually, Renee and Henry would move to a twin that they would later purchase. In time, Ronnie and Johnny moved in to the other half and each couple raised 4 children, three boys and a girl for Renee and Henry, and 2 girls and 2 boys for Ronnie and Johnny. Renee was still just seventeen when they had their first, a true honeymoon baby, sans the moon. Still in her teens and now a first time mother, the young couple took in her alcoholic father and later an alcoholic brother, who nearly set their home on fire on more than one occasion. They were literally awaken by the smell of smoke (long before alarms were common), at times because he’d passed out while cooking and another because he’d fallen asleep while smoking a cigarette. Though she bore tremendous responsibility at such a tender age, the reality of her years showed through at times.

When her son was a toddler and Renee just nineteen herself, they stopped in to a bar one afternoon awaiting the arrival of some friends. She ordered a beer while she waited and, shortly thereafter, noticed a table full of girls her age looking at her. In her young mind she feared they would think she was being cheap, so . . . she ordered her toddler a beer! Of course, that became part of the family lore that continues to be passed down to this day.

Times continued to be difficult for the newlyweds as they experienced two painful miscarriages following the birth of their first child. Three years later, they had their only daughter, my mother, followed by two more sons.When Renee, known to me only as ‘Nan’, had my mom she was hospitalized for 10 days, which was standard at the time. It was, however, her first hospitalization as their first child was born at home. As if it was not painful enough for the young couple to be separated from each other for the first time and for ten days, no less, Pop contracted impetigo and was not permitted to even enter the building. Every day for ten days he rode his bicycle from New Jersey to Pennsylvania just to stand outside the hospital window and wave to her. Just to lay eyes on her, and many stories up at that. Let that sink in. Theirs was a love rarer than any I’ve ever seen.

When Pop’s time was drawing near, Nan crawled into bed with him, got nose to nose and eye to eye with him. The cancer had ravished his eighty-nine-year-old body so severely that it actually began to grow on the outside of his neck. I didn’t even know that was possible. I wish I still didn’t. Though he never complained, his suffering was so apparent that she told him it was OK for him to go to the Lord and to all of those who could be waiting his arrival – his parents, siblings and friends who had gone before him whom Pop loved dearly. He’d carried the funeral cards of each of his siblings in his breast pocket daily, praying the rosary for the repose of each of their souls, once in the morning and again in the evening. He was the last of eight siblings. As much as he missed and longed for them, he returned her gaze, gently took her face in his hands and said, “But I want you.”

Although she was widowed 12 years before her own passing, Nan never stopped using the pronoun “we”. At first I thought it was just habit, then even feared it was denial, but came to realize with a love that strong, Pop truly never left her. Never. 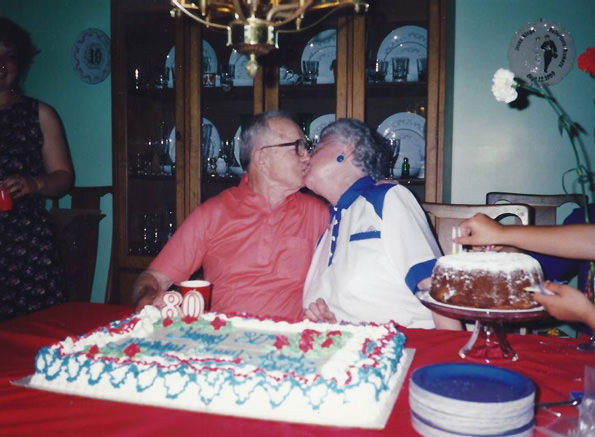 "When I started therapy a few years ago, I was a newly ordained priest who was quite successful on the outside but hurting a great deal on the inside.  If all my issues could have been put into 2 major categories, they would have been: dad issues and issues with women.  (Funny: my initial evaluation before entering […]"